I grew up in Paris and am now based in Tel Aviv, Israel, where I was born. I started drawing at the age of 10, and discovered graffiti around 1986 in the streets of Paris. I fell in love—with its power, colors, typography, creativity, and courage. And with the fact that it was part of this big new thing called hip-hop. A few years later, I started sketching, tagging, and making graffiti, and in 1988 I enrolled in the visual communications program at MJM in Paris.

A friend and I (J.GER at this time)

In 1992, I immigrated to Israel and completed military service. Few years later, I started a series of acrylic paintings inspired by Pop art and graffiti. At the same time, I began working as an online graphic designer in the web and advertising industry

In 2008, I quit my job and decided to make it! I opened an independent street artist store – most likely, the first of its kind in Israel. it was named “One of the Best New Stores” by Time Out Tel Aviv. Three months after the opening started the big crash of 2008... I closed in 2010 and returned to the online graphic design industry.

I made some street art in Tel-Aviv (mainly wheat paste), participated in few collective exhibitions, also wall painted for bars, restaurants, individual homes and stores such as the Israeli Nike Store or the famous BBDO advertising agency. In addition, some works was shown on many prime-time television shows such as, the Israeli television series "Beauty and the Geek".

Like JP Gaultier and several other artists, I was fascinated by the Jewish Orthodox style—and in 2016, I started drawing Modern Judaica art that reinterpreted Jewish Orthodox fashion and silhouettes through a modern, street-inspired lens. 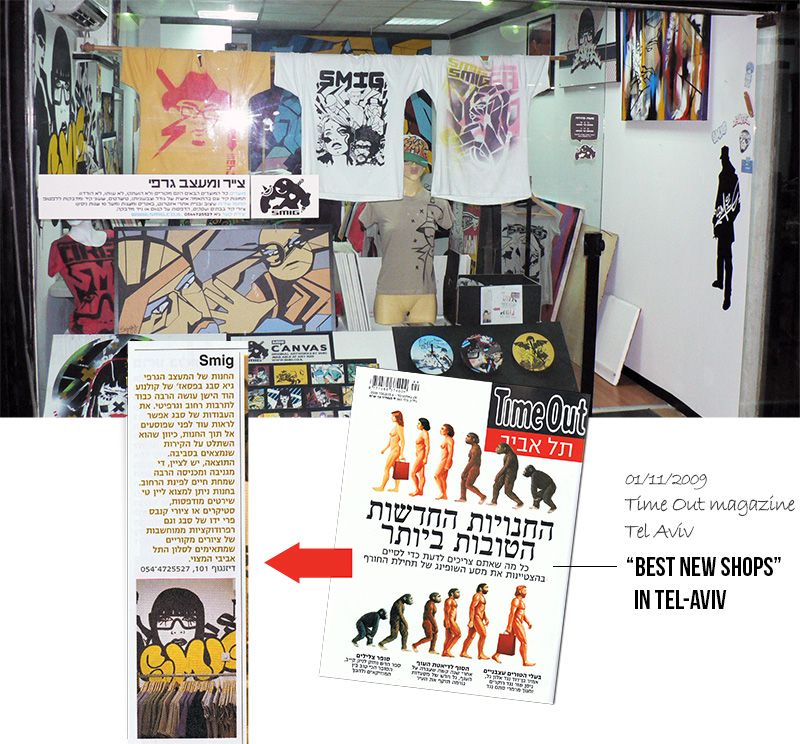